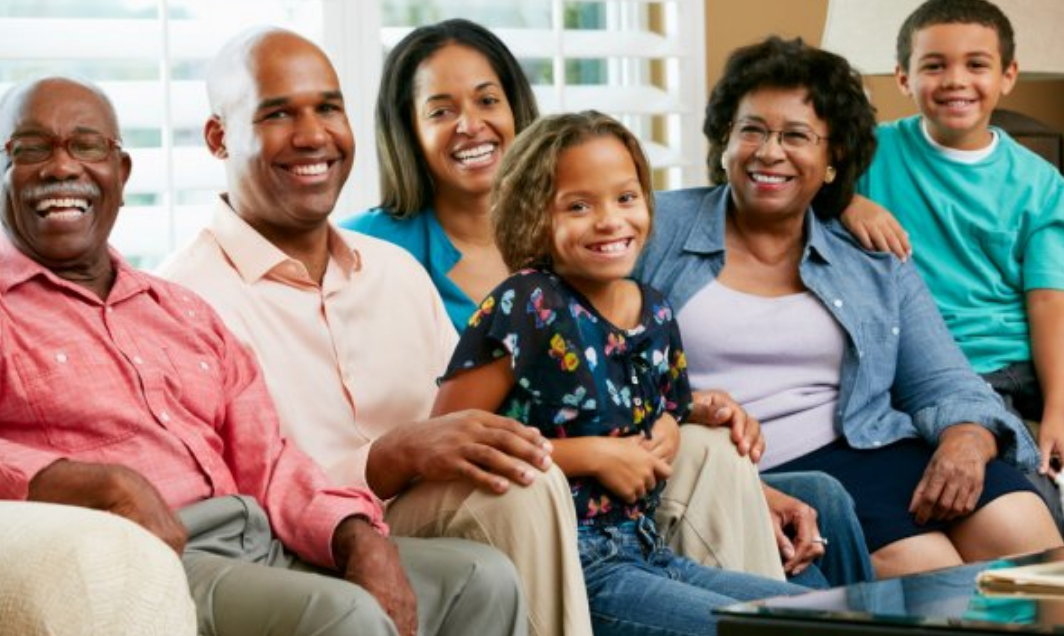 Black Inequality in Healthcare: What Integrative Medicine Can Do

Black Inequality in Healthcare: What Integrative Medicine Can Do

Racism is not a new issue in the United States. For as long as history can recount, the Black population have been a victim of unequal rights, privileges and treatments in the country just because of their skin color.

Recently, the world has seen the cruelty brought about by racial inequality in the face of George Floyd, the man who was killed by police in public for what could have been a simple charge.

This incident struck lightning to the hearts of people who saw this as another one of many instances of Black inequality, only that it was captured on camera and the world saw how Floyd lost his life in the very hands of people who should be protecting citizens like him.

But before the death of Floyd, the issue of racial inequality has been shrugged off so many times because Black Americans already learned how to live with the mindset that they will never be greater than white Americans.

In fact, 4 in 10 Americans believe that the country needs to work on giving Black people equal rights with whites. 59% of adults also said that being white has a lot of advantages to get ahead in the country while 56% think that being Black is a disadvantage in the society. This has been a longstanding issue that even Black Americans themselves don’t see it changing anytime soon.

Black inequality in healthcare: The reality

Aside from job opportunities and every day activities, Black inequality is also becoming more prominent in healthcare.

While the second paragraph of America’s Declaration of Independence clearly states that “all men are created equal,” Black citizens are treated less than what they deserve and it has resulted in several health problems that some research studies have proven to be caused by racism and not genetics.

For many years, studies have shown that Black men are more likely to die from prostate cancer than men from other races. This has been related to genetics that makes tumors more aggressive in the Black male population.

But according to a new study on prostate cancer mortality, Black men are 2.5 times at a higher risk for dying from prostate cancer not because of genetics but of societal factors and access to quality healthcare.

According to Daniel Spratt, M.D, the co-senior author of the study and co-chair of the Genitourinary Clinical Research at the University of Michigan: “Black men generally get fewer PSA screenings, are more likely to be diagnosed with later stage cancer, are less likely to have health insurance, have less access to high quality care and other disparities that can be linked to a lower overall socioeconomic status.”

He added: “While our job is to treat cancer, we know that these other factors are in play, so as doctors we need to make sure we focus on the health of the entire patient and, as a society, on addressing racial inequities.”

A lot of Black Americans and other races already have less access to good health insurance than white Americans.

But it transcends more to women of color who doesn’t have insurance coverage during and after pregnancy as compared to at least ¼ of white women.

In the United States, insurance coverage is an important prerequisite for accessing healthcare. Throughout the most critical periods of pregnancy, we identified racial-ethnic disparities related to women’s ability to access to preconception, prenatal and postpartum care.”

Another study revealed that young African Americans who suffer from colon cancer fare worse than white Americans not because of genetics but because of racial inequalities in every stage of the treatment process.

Elena Stoffel, M.D., the director of the Cancer Genetics Clinic at the University of Michigan Cancer center explained: “We need to look at tumors that develop in young people and in African Americans to see if the have molecular differences compared to the typical colorectal cancer seen in older adults.”

With the United States now considered the epicenter of the COVID-19 pandemic, the crisis is now revealing the sad reality that more Black Americans are dying from the disease not because they are at a higher risk for it but because of inequities in the healthcare system.

There is the reality that Black Americans are more prone to developing obesity, hypertension and diabetes that increases their vulnerability to COVID-19.

But according to Melissa Creary, Ph.D, an assistant professor of health management and policy at the University of Michigan School of Public Health: “I think public health practitioners would say it’s not the fact that they have diseases that’s causing the higher death rate because people of all races, classes and creed have these diseases.

It’s the fact that we see an undeniable burden of disease in the Black population. It’s this disproportionate amount that is worrisome. The underlying issue to why we see so many is actually attributed to structural inequity.”

The increasing rate of Black Americans contracting COVID-19 can also be traced back to poor access to nutritious food, especially for older adults.

The National Poll on Healthy Aging results revealed “food insecurity disparities by age, health, status, race, ethnicity and education, potentially worsened by the pandemic.” This is why experts suggest that the elderly Black population should also be given access to nutritious food to not only make them less vulnerable to the coronavirus but also to protect them against other health conditions.

Integrative medicine and its role in solving black inequality

It’s not uncommon to hear stories of Black Americans going to the emergency room to get treatment and not given the proper care that they deserve.

In most cases, these issues are blamed on the healthcare system, specifically targeting doctors, nurses and other healthcare practitioners because of their bias towards treating the Black population.

Integrative medicine aims to change this perception by offering healthcare that focuses on equality.

It doesn’t matter what race or color you are, you’ll get the same treatment as anyone else. But what exactly is integrative medicine and what role does it play in solving black inequality in healthcare?

The practice of integrative medicine aims to restore and maintain a person’s health and wellness throughout his lifespan by assessing and addressing physical, mental, emotional, social, environmental and spiritual factors that influence health.

This definition is highly grounded on the definition of health according to the World Health Organization (WHO), which is “a state of complete physical, mental and social well-being and not merely the absence of disease or infirmity.”

Integrative medicine doesn’t only focus on treating a patient’s symptoms but also in targeting the root cause of his illness and using a combination of biological, psychosocial, behavioral and environmental methods to ensure that the patient recovers fully and maintains long-term health and wellness.

Some of the most important foundations of integrative medicine include:

The role of integrative medicine in solving black inequality

With its foundation of offering quality healthcare for all, integrative medicine is in a good position to help solve health disparities not only among Black communities but Hispanic and indigenous populations as well.

A health disparity is defined as “a particular type of health difference that is closely linked with social, economic, and/or environmental disadvantage. Health disparities adversely affect groups of people who have systemically experienced greater obstacles to health based on their racial or ethnic group; religion; socioeconomic status; gender; age; mental health; cognitive, sensory or physical disability; sexual orientation or gender identity; geographic location; or other characteristics historically linked to discrimination or exclusion.”

Aside from the more prevalent issues concerning health disparities in the Black population, several studies have also revealed that non-Hispanic Blacks have a 50% higher risk for dying from cardiovascular diseases as compared to non-Hispanic whites.

Problems in health literacy also contribute to this problem because people with a limited understanding about their health issues usually make poor decisions when it comes to their treatment and in adapting methods that help prevent diseases.

Studies have also revealed that mortality rates are higher in people with lower education.

Integrative medicine aims to change this situation by focusing on the person as a whole and not just his race, reaffirming the importance of that partnership between the patient and practitioner and utilizing different therapeutic and lifestyle approaches to give patients the best health outcomes and optimal wellness.

Here are some of the approaches used by integrative medicine in addressing inequalities in healthcare by making health solutions available to everyone:

One of the biggest barriers in implementing natural health interventions as part of integrative medicine is the lack of awareness about their benefits to health and well-being.

This is evidenced by a data from the 2007 National Health Interview Survey that looked into the reasons American adults choose not to use acupuncture, natural products and even yoga, and revealed that most respondents cited lack of knowledge as their reason for not trying these practices.

Integrative medicine aims to change this by helping patients, especially Black individuals to become more aware of the benefits of these practices so they can take advantage of them and live a better quality of life.

With Black Americans getting lesser opportunities to get a stable and good-paying job, the effects are evident even in their health because of the lack of access to healthy and nutritious foods that help prevent diseases and promote a better quality of life.

Integrative medicine is working on an approach that offers better access to nutritious foods and other supplements to the Black population by teaching them of the value of proper nutrition and creating a nutrition plan that focuses on healthy but affordable meal options.

Because of racial inequality, Black people are not given proper access to treatments available in hospitals.

Some won’t even attempt to go to the emergency room because they don’t have insurance coverage. This is why integrative medicine aims to offer affordable treatment options that are as effective as conventional ones to give the Black population better opportunities to get good outcomes.

With the death of George Floyd, the world is now becoming more aware of the real situation in the country regarding the treatment of Black Americans.

Behind all the protests, there is a strong urge for Americans to address this issue and finally, give Black people the life that they deserve. This is also bringing light to a lot of issues that are being swept under the rug just because white Americans are not affected by it.

In terms of health care, integrative medicine aims to break the barriers of black inequality by promoting awareness, accessibility, availability and affordability in healthcare treatments.

Its core principle of offering good quality healthcare to everyone, no matter what the race, is a great first step towards making healthcare accessible to everyone in the country because it is the right of Black Americans to be treated fairly and to enjoy the best quality of life.