The Benefits of Goat Milk 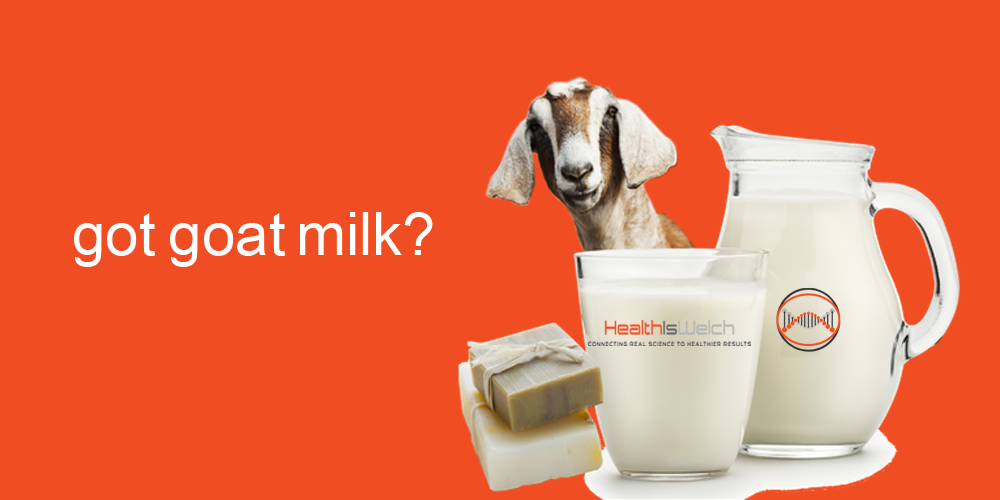 Goat Milk: The surprising benefits of why it should be recommended over cows’ milk

Goat milk differs from cows milk in both composition and nutritional properties. Goat milk and other goat derived products contain a variety of bioactive compounds that may be beneficial for patients suffering from chronic gastrointestinal conditions such as irritable bowel syndrome, ulcerative colitis, crohn’s, mast cell activation syndrome; just to name a few. The nutrient content and several of the peptides, fats, and oligosaccharides present in goat milk can be beneficial for patients who may also suffer from metabolic conditions.

The oligosaccharides present in goat milk have shown to have immunomodulatory properties, helping to promote a more feasible digestive process and a robust microbiota.

Moreover, the intake of some active compounds inside of cow’s milk can cause gastrointestinal distress, dysbiosis, eczema, and acne. For many, cows’ milk is very inflammatory. You’ve probably witnessed this far too often in infants or older adults who start to have allergic reactions or stomach upset after consumption of cows’ milk. That’s because modern cows have been bred to have high levels of A1 casein, which research has shown to be more inflammatory than A2 casein, which is what goats milk carries.  The good news is A2 casein is not inflammatory. It’s actually easier to digest and doesn’t cause much stomach discomfort for most. Also, goats milk has shown to have higher levels of medium-chain triglycerides (MCTs), which boost metabolism and brain function, and higher levels of Vitamin A, which is great for the skin.

Additionally, one of the hallmark benefits of A2 milk is it help boosts the powerful detoxifying antioxidant compound called glutathione. Regular milk, with A1 casein, forms caseomorphins, which almost act like addictive morphine-like peptides that can have potential negative consequences on the brain and behavior.

Goat and cows’ milk differ essentially in their casein structure, shape, and size. The proportion of individual protein fractions and higher concentration of its nonprotein nitrogen compounds.

The protein portion has a fundamental role on the nutritional and technological value of the milk. Milk proteins are made of diversified groups in composition and divided into casein (the main groups of the protein).

Goat milk protein are their structural conformations and the amounts and subtypes of micelles
(aggregate of surfactant molecules).

The nutritional value of proteins present inside of goat milk depends on the amount of essential amino acids. See below of the comparison of amino acids content between the different species:

When we stack the two up against each other, it shows that goats milk has higher levels of essential amino acids: cystine, leucine (rate-limiting amino acid), lysine, phenyalanine, threonine, tyrosine, and valine.

As eluded to earlier in the article, goat milk has an adequate amount of vitamin A which is healthy for the skin. It also contains a healthy source of thiamine, riboflavin, and niacin. However, goat milk does present low levels of folates, as well as vitamin b12, vitamin E, vitamin C, and vitamin D.